While most houses adhere to the character language of the surrounding neighbourhood, SHAPE Architecture took a different approach to infill, deploying a ‘contemporary vernacular’ based equally on the lifestyle of its inhabitants and ecological imperatives.

Taking cues from nearby porches, solar hot water heaters arrayed at the requisite angle create a form similar to a traditional porch roof. Though the house itself is modest in scale, it also acts at the scale of the neighbourhood, seeding domestic life amidst the characteristic garages and sheds fronting the laneway. The carefully crafted relationship between the house and its site encourages the evolution of the lane as a secondary public thoroughfare, catalyzing neighbourhood regeneration. Through pro-active negotiation with the City of Vancouver Planning Department, SHAPE Architecture achieved unprecedented density for a young family in the challenging RT-3 zoning district. The project was recognized by the City of Vancouver as representing a new and innovative way to incorporate new architecture in dense existing neighbourhoods. Indeed it was featured in the Vancouver Art Gallery as part of the ‘We: Vancouver 12 Manifestos for the City’ exhibition in 2011. 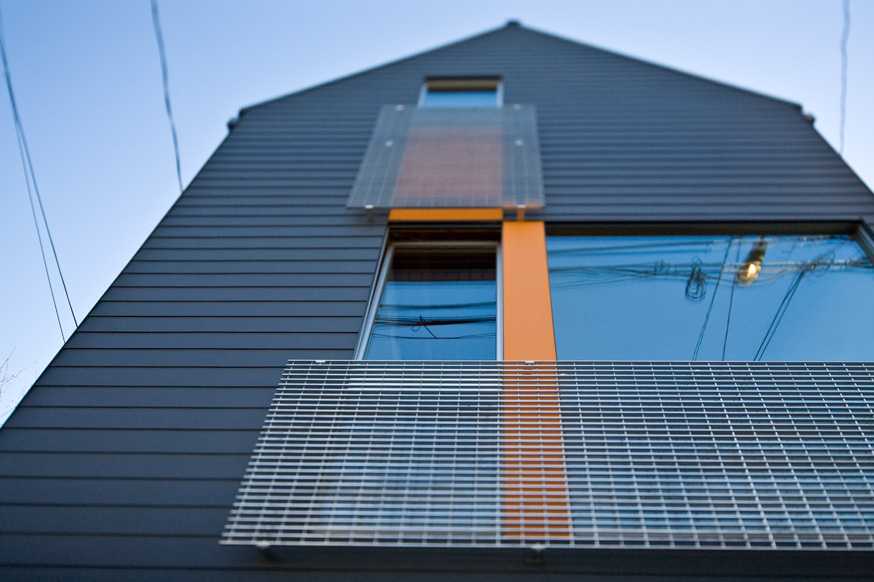 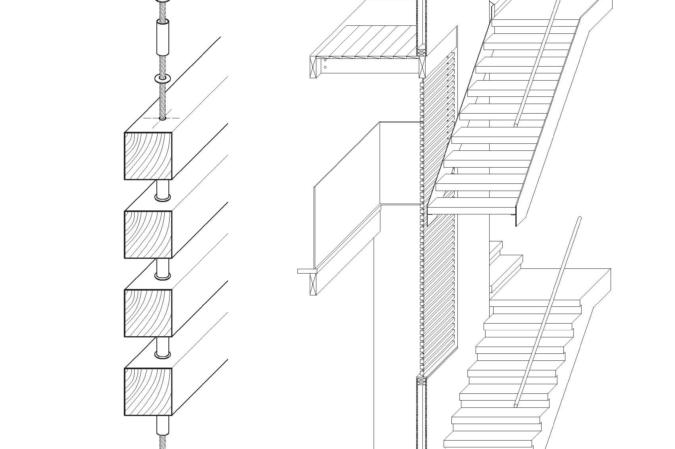 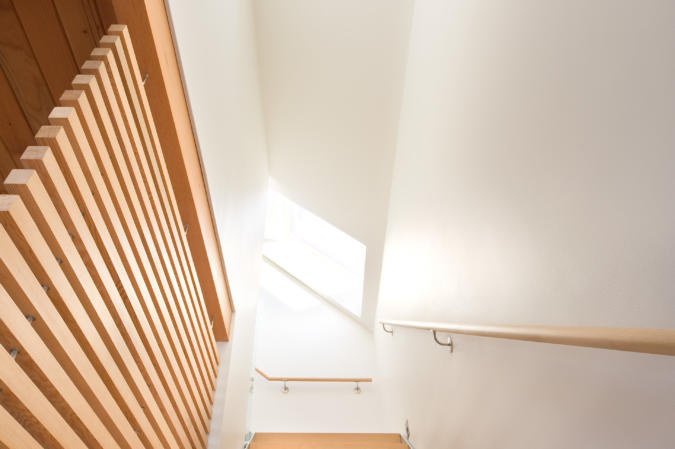 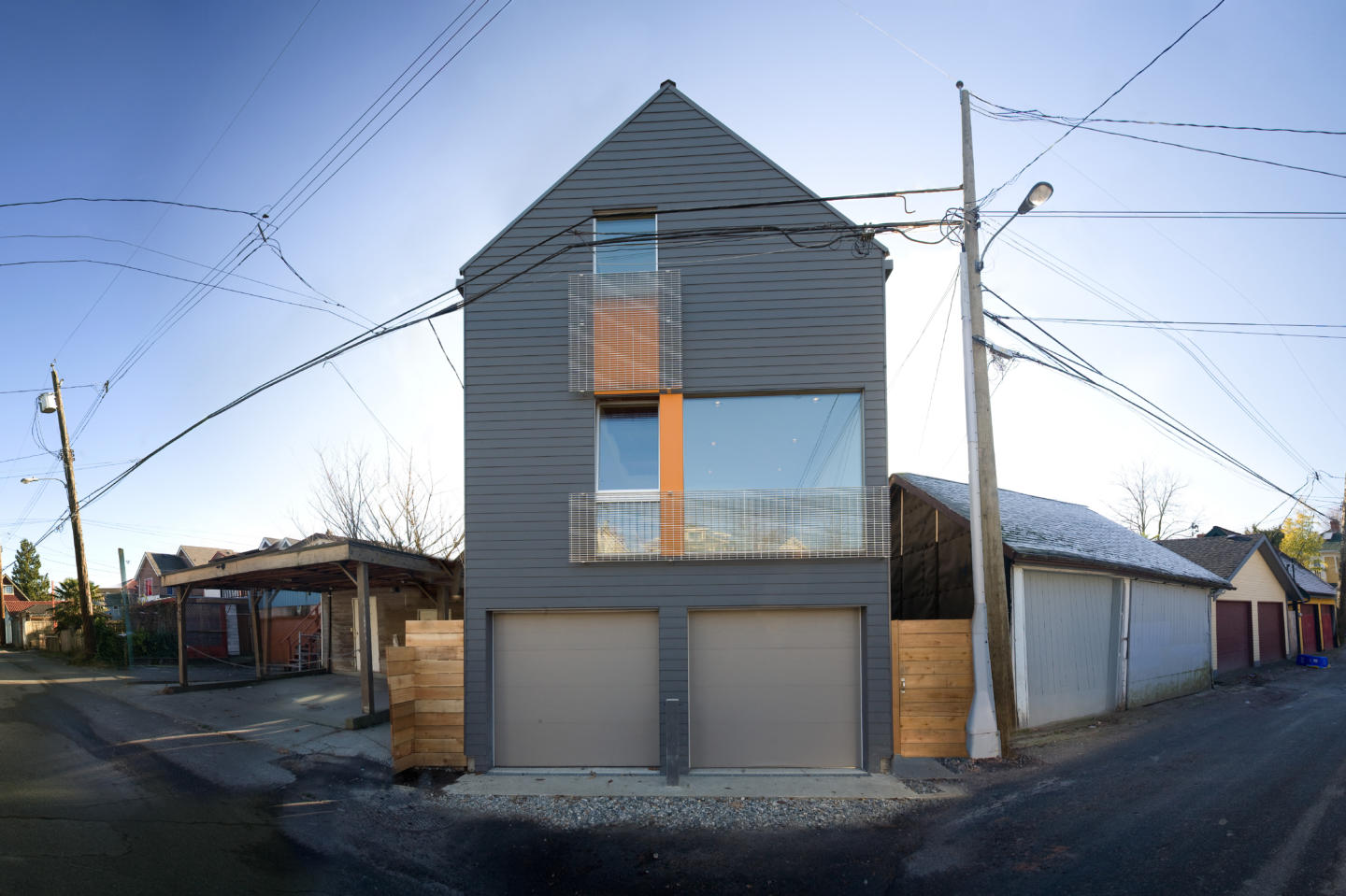 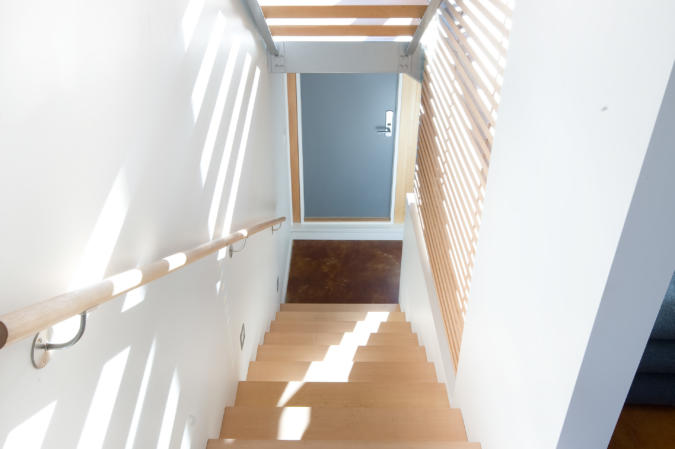 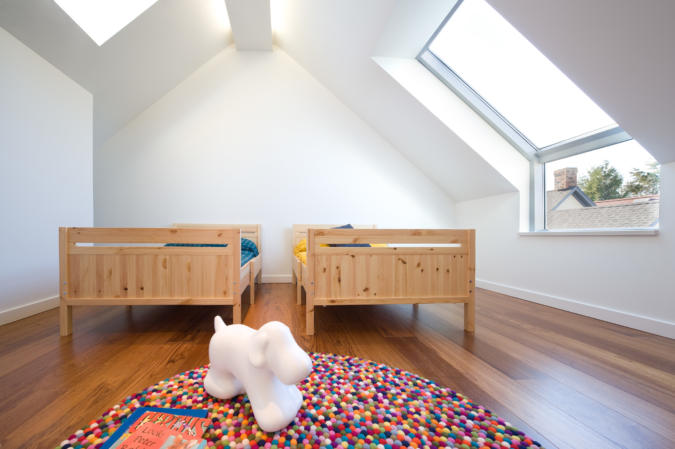 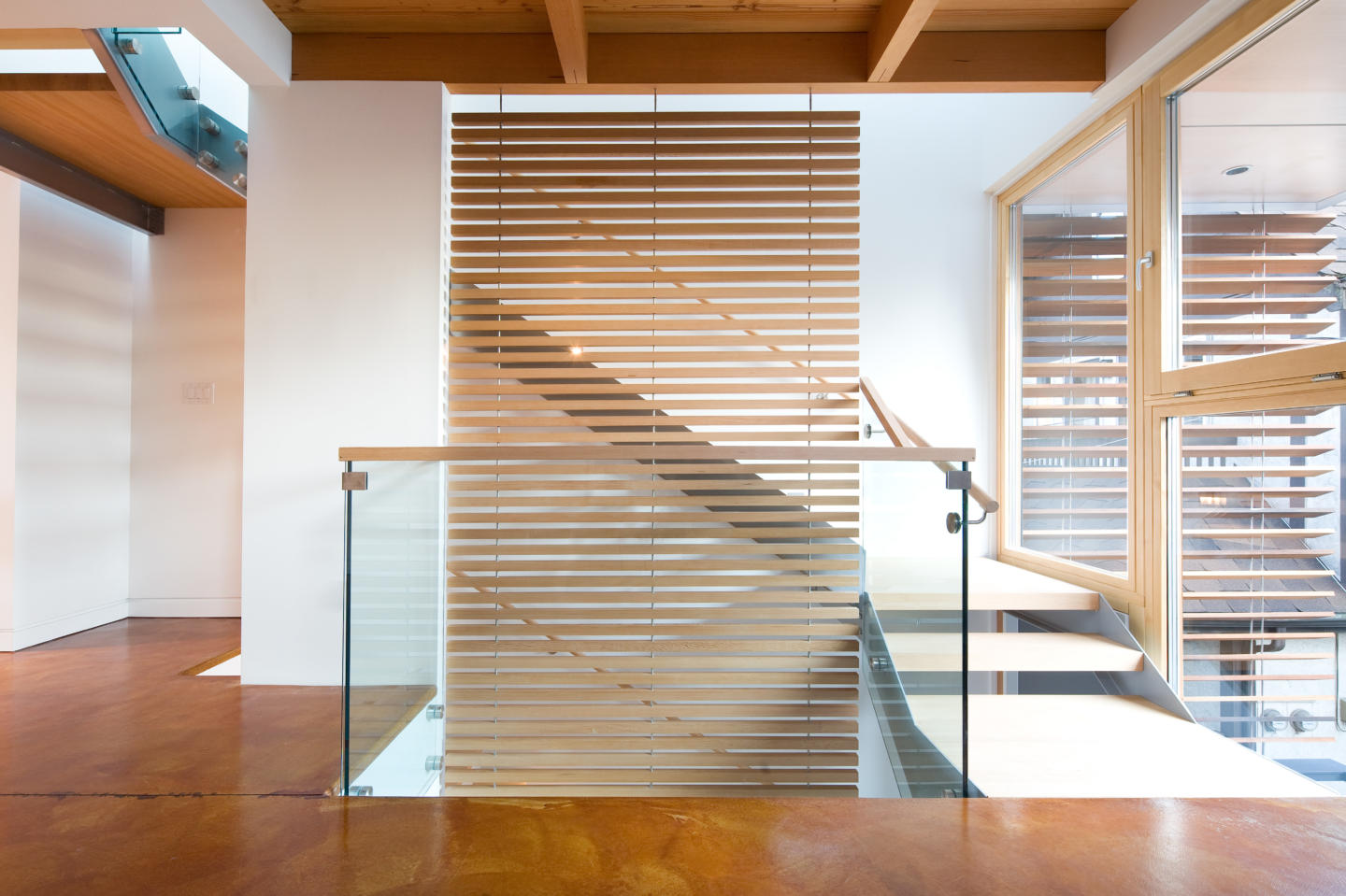