The UBC Recreation Centre will be a new destination for health and wellness on campus that will invite the entire university community to participate and engage in recreation formally and informally by utilizing the facility’s three gymnasia, an interior walking track, cardio and weight-lifting ftness areas, multi-purpose rooms, changerooms, and a new Physical Activity Office. The building edges were informed by the existing context and future Student Union Boulevard street edge, and create new relationships with the new public realm to the north, the new Recreation Gallery to the south, Bosque to the west, and Athlete’s Way to the east. New accessible connections are created by aligning the main and second levels of the new building with the existing UBC Life Building to the south. The massing is bisected in two to create an exterior accessible walkway that aligns with the student services spine that extends north-south through the Life and Nest buildings, which also connects to the east-west Recreation Gallery. The massing was further shaped to respond to various site characteristics: the west side of the massing cants in and down to achieve greater solar access to the north plaza and respond to main pedestrian trajectories, while the east roofline slopes up to identify the main entrance from the north public realm. An interior-exterior relationship is strengthened by strategically locating glazing in areas of programmatic intensity; views out from these locations allow participants to locate themselves in the greater campus context. 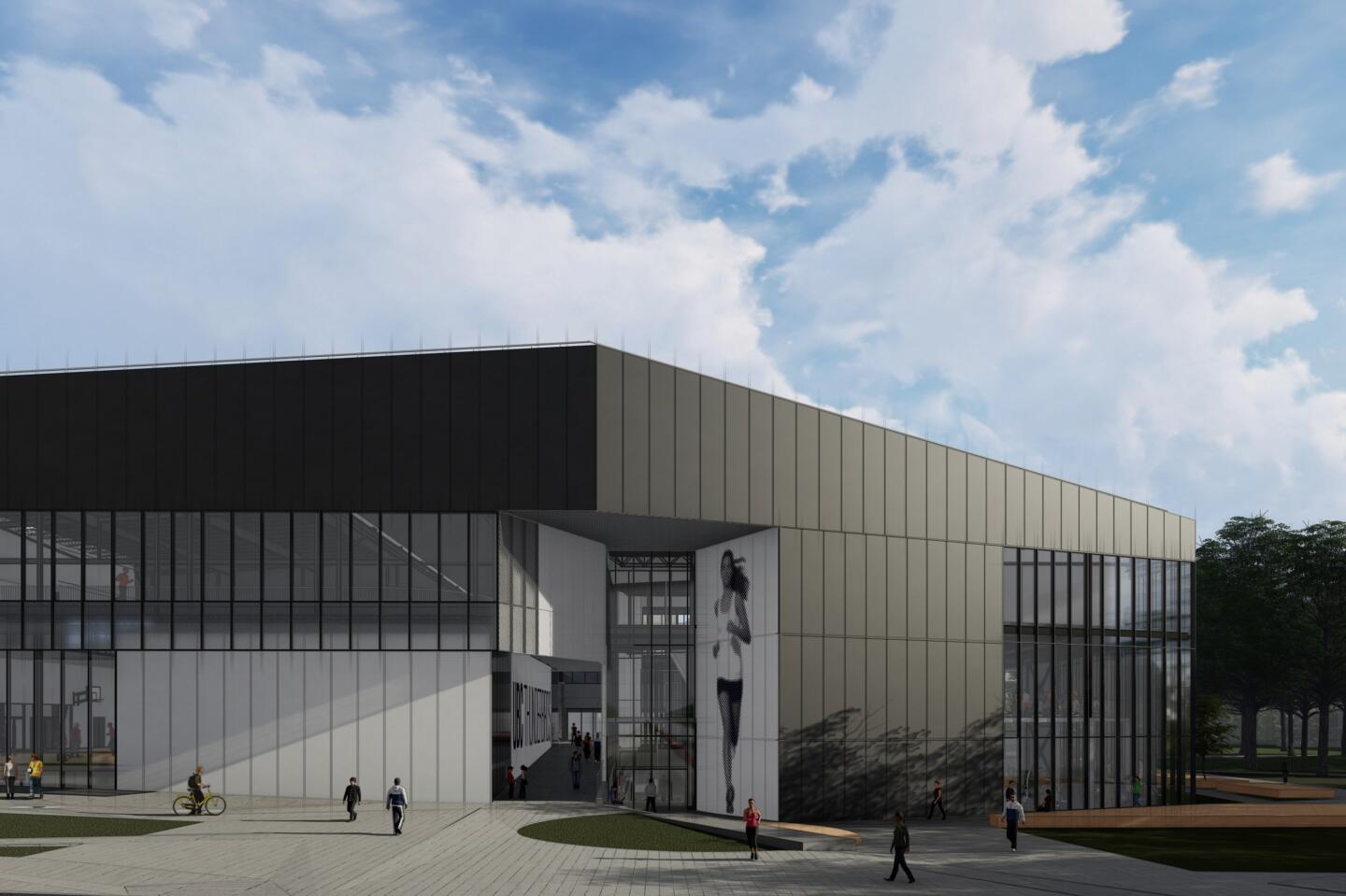 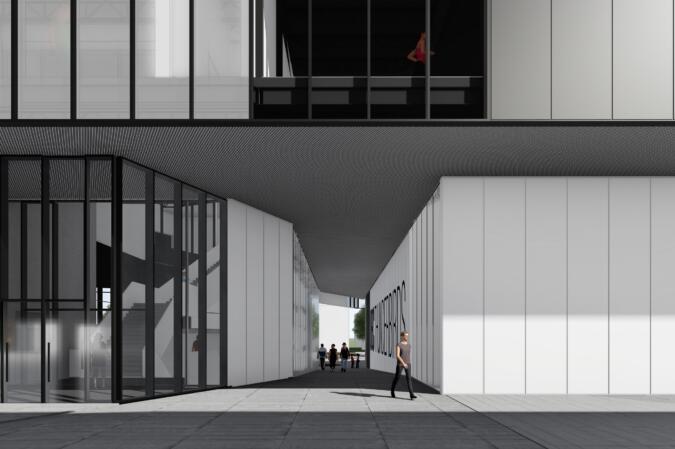 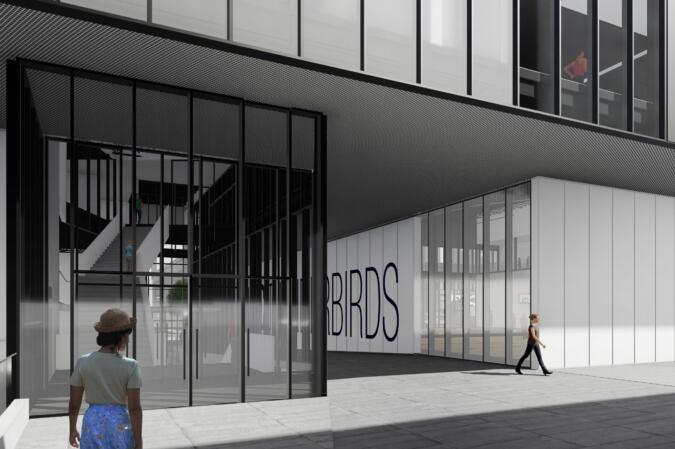 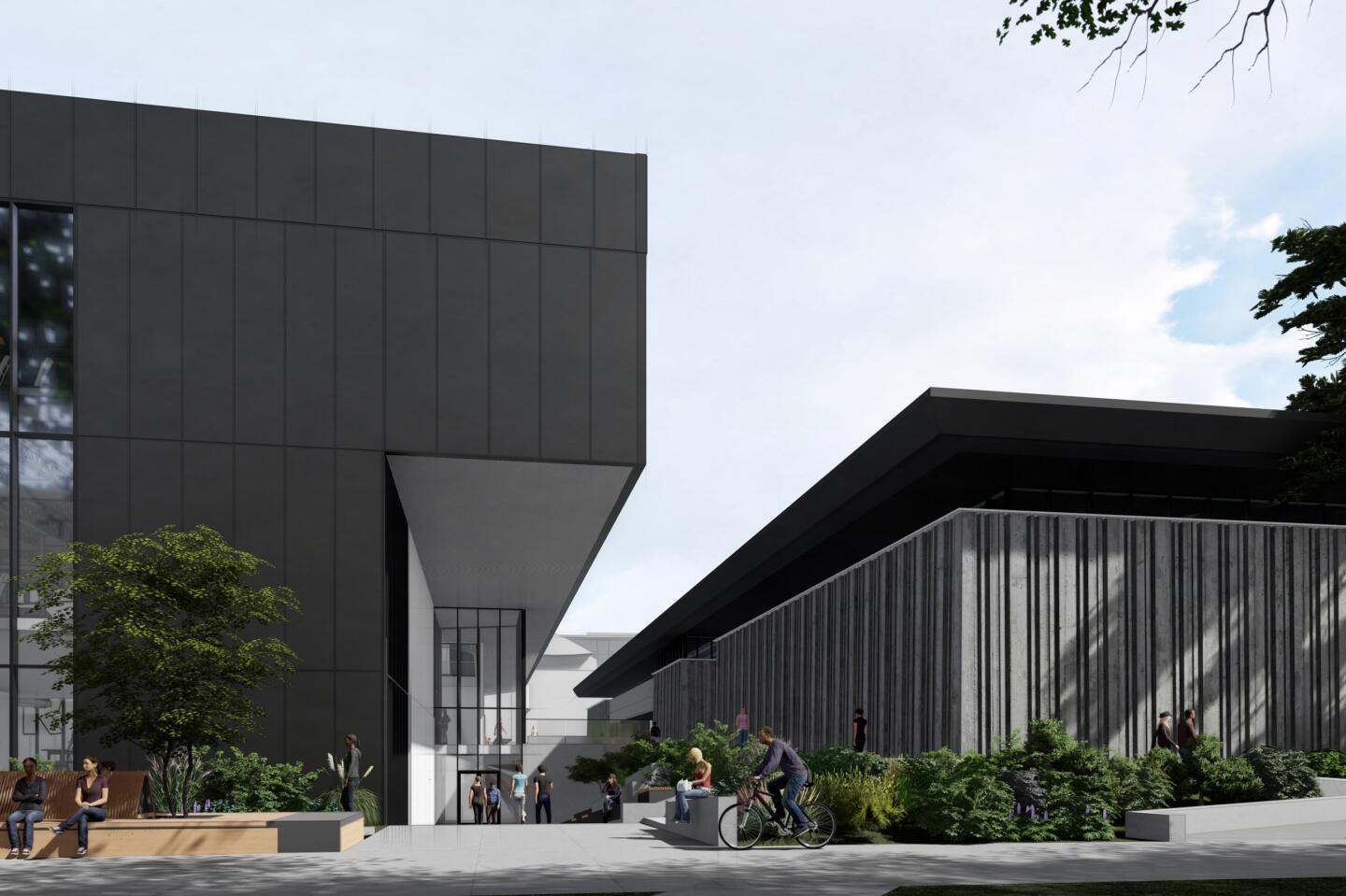 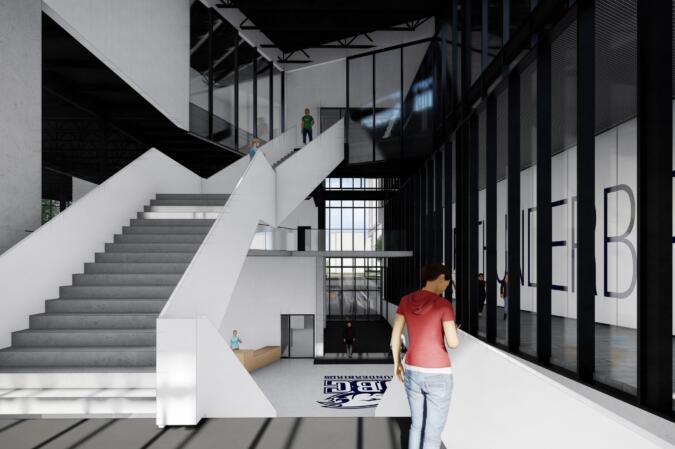 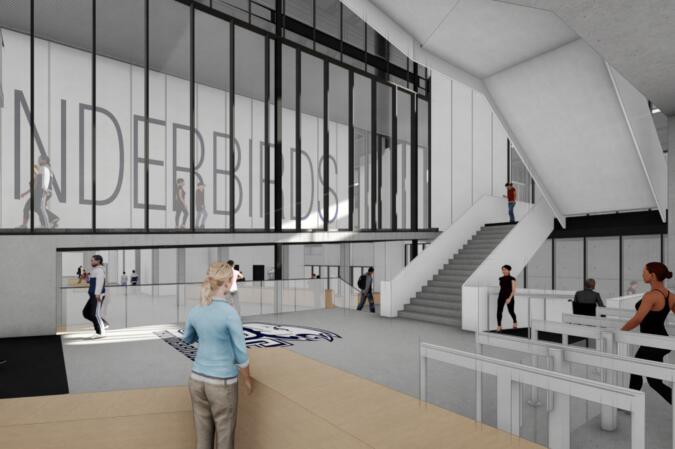 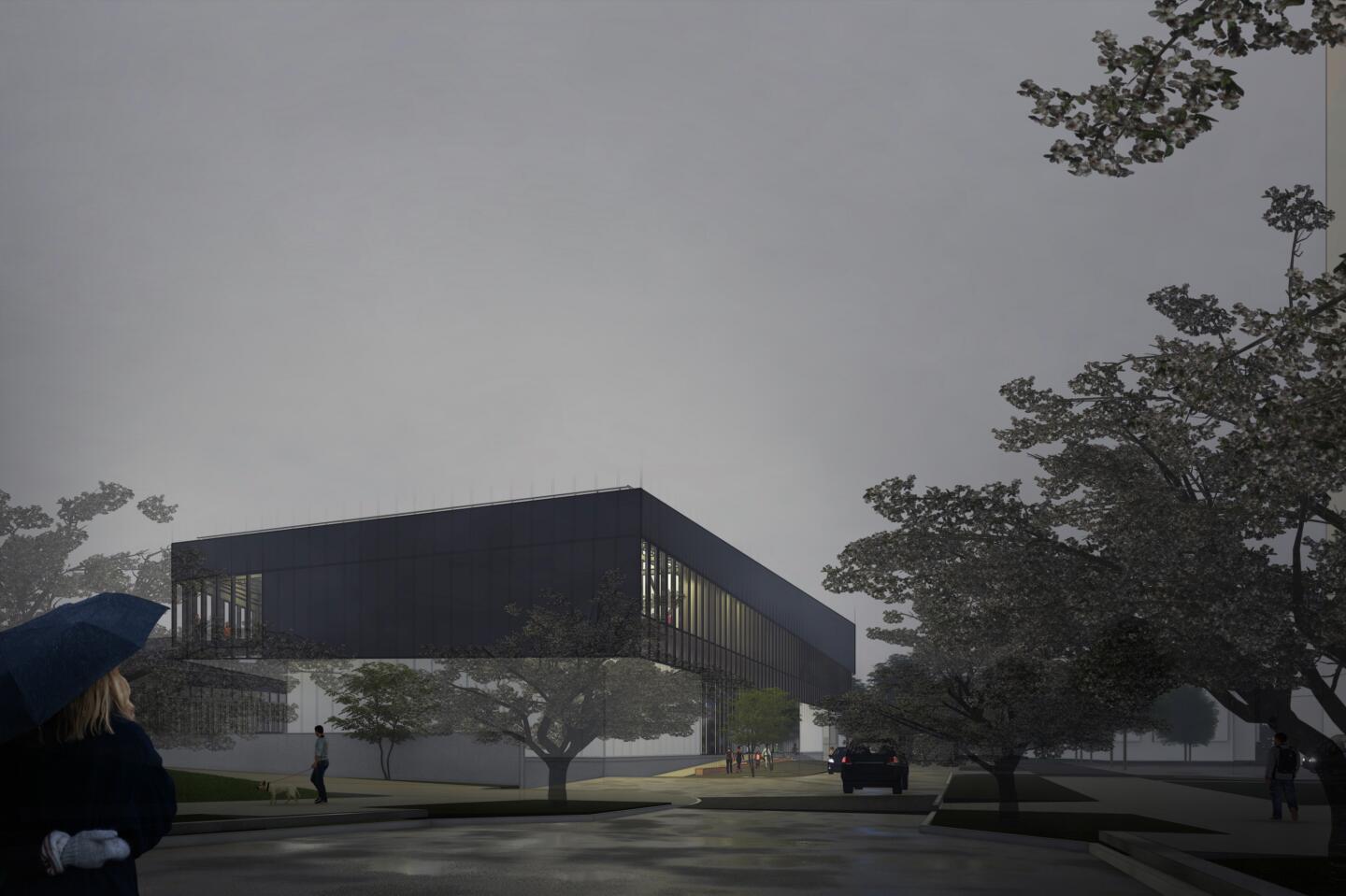